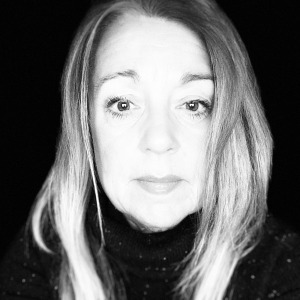 This is the year of my own story. It begins at the Wonderland Trail. I plan to spend 10-12 nights in the backcountry of Mt. Rainier backpacking.

You will find many helpful tips here because everything I have accomplished in my life so far has led me here to my own backyard.

My family came to the Pacific Northwest over 100 years ago. It was a family who respected all people, and who were above all else passionate about nature, service minded, and hardworking.

I have been a wife, teacher and mother most of my life now. My friends say I’m badass but, I am really a big woosy. I have some major fears with being outdoors at night and alone in my own home at night by myself for that matter.

Our family has grown a new generation of grandchildren now. Having my own grandchildren has brought back memories of when I was little. Memories that include what I hoped and dreamed for and what continues to matter the most in my life as an adult today.

In the very least I hope to inspire a strong generation of men and women who are fearless, compassionate and serving.

A Life of Purpose

I recently retired as a public school teacher but just because I gave up a paycheck doesn’t mean I’m done with life. I recently applied to be an Ambassador for Washington Trails Association in Pierce County, WA. It was quite the interview process too. The mission of the WTA is access for all. That means they take it very seriously when it comes to diversity, equity and access. There mission to connect people to trails, to provide access and grow and nurture a lifelong appreciation for the outdoors, really fit me. So if you see me know on the trail, I might look more like this.

How My Purpose Changed 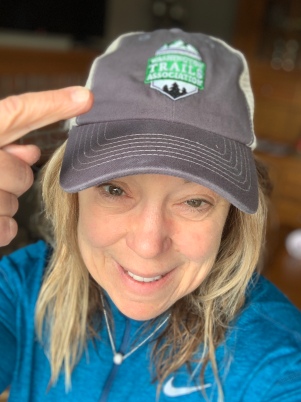 When I was a very young girl, my grandmother on my mom’s side used to tell me of when she lived on the mountain at Longmire, Washington. That mountain was Mt. Rainier, located in Washington State. The mountain and the community of people she encountered had such a tremendous impact on her as a young girl.

As a young child I began to know the mountain because my grandmother would take me on long nature walks and teach me the names of all the plants in our back forest of 10 acres. This brought her much happiness and joy because she frequently would speak about those times with a smile.

Grandma’s Life on the Mountain

Our own home was a small farm with an immense dense forest within the Fruitland area of Puyallup. Sometimes it felt like you could reach out and touch the mountain but we were still 30 miles away as the crow flies. We have a saying around here, “Live like the mountain is out.” With my grandmother’s encouragement and living like the mountain was out each day by being outdoors, climbing trees, and building forts, it instilled a lifelong appreciation of nature and for the environment that surrounded me. An appreciation that my grandmother passed on to me through her hand to mine.

My hope throughout the remainder of my life is to be able to do the same with my grandchildren and live a little speck of time on the mountain in order to conquer some personal fears of mine.

Stories and a Man they Named a Glacier After

My grandmother also had many stories of adventures from living on the mountain. One of my favorites was of when she lived at Longmire and would be stalked by a cougar at 11 years of age. Then there was the story of the raiding bears of Longmire Campground who came for dinner each night. Finally the stories of following Professor J.B. Flett around the mountain as he cataloged plants. Today there is a glacier named for Dr. Flett, Flett Glacier.  Her first love was more than likely the mountain first, but I could tell she had a place in her heart for Dr. Flett, too.

A bit more about my grandmother. My grandmother, Ruth Lillian Sharpe was born in Buffalo, New York, April 8, 1904. She came west with her family, when she was 2. Her family consisted of her older brothers, Carl W. Sharpe, and Clarence Sharpe. Her mother, Isabelle MacPherson Sharpe (Belle or Bella) was born in Canada, Her father, Charles William Sharpe was born in Wateringbury, Kent, England.  Her grandfather, Alexander MacPherson also moved here, born in Scotland and buried not too much longer after coming here in The Old Tacoma Cemetery.

In the early 1900’s the Sharpe family purchased a 10 acre plot of land in Puyallup between Fruitland and Woodland avenue on 104th and south to 112th. The trolly came down 104th and turned at Fruitland and headed down Fruitland Avenue and also flowed the opposite way allowed them access to Tacoma. During this time my great-grandparents mostly raised chickens while my great-grandmother and great Aunt Lil worked in the Elite Restaurant in downtown Tacoma at 26th and Pacific.  I was told my grandma Ruth as a toddler used to sleep under the counter while my great-grandmother worked in the restaurant. 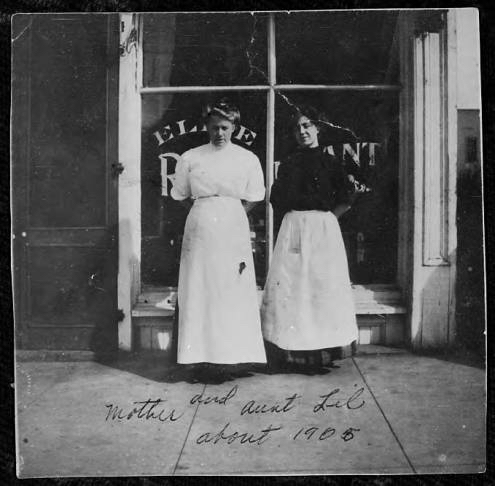 While working in Tacoma my great-grandmother, and her two sons, Clarence and Carl, who also worked in Tacoma came upon a grand opportunity. The opportunity was to move to Longmire at Mt. Rainier National Park and help run and work as the park was becoming more developed. There had been some debate over how the Longmire’s ran the current property as they were a private family who profited from their business. Eventually the park purchased all the property from the Longmire family.

Sometime around 1910 my grandmother’s brothers Clarence and Carl, ended up managing the Longmire Hot Springs Hotel. Perhaps it was just Clarence because Carl worked as a postal worker in Tacoma. They were both handsome, full of energy, outgoing and hardworking. At Longmire, my great-grandmother worked at the store, my great-great grandfather, her father, built the rock fireplace in the store and community building across the Nisqually river. I believe big dreams eventually caught Uncle Clarence as there was mention of MGM studios and he ended up living in Los Angeles and married to my Aunt Edie who was a beautiful professional singer.

Years later during high school in the 70’s, I became a member of our hiking club at Puyallup High School. We hiked much of the trail system at Rainier. At that time you could drive all the way in on Westside Road, now closed, clear up to the Tahoma, St. Andrews and Klapatche trailheads. You could also drive into Ipsut Campgrounds and access the Carbon Glacier, an easy day hike, or bust your butt on Ipsut Pass and onward to Mowich. My friends know this story.

In many ways getting around the mountain used to be easier when you could just drive up. I became familiar with and got around the Wonderland by day and could easily come home to a comfy bed and shower at night. In this way the mountain became a map is in my head like a walk in your own neighborhood might be however I never got to see it at night and for me that was a real good thing.

Today I see myself there, this year. This is my year. I am doing it.

13 thoughts on “My Story Starts Here”